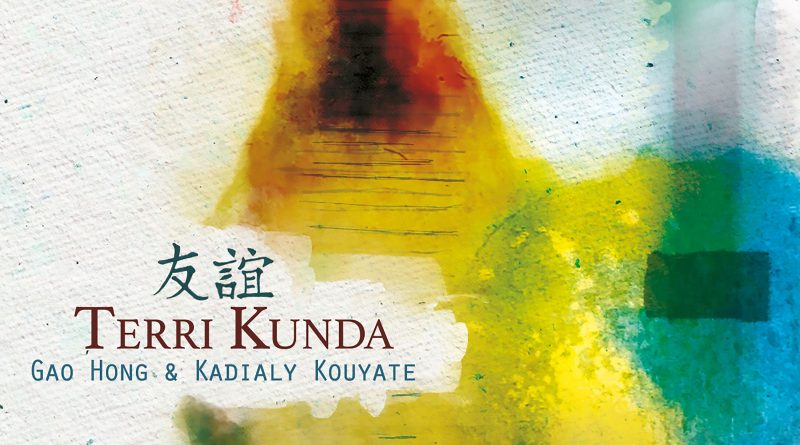 Quite the oxymoron… ‘Spontaneity’ is the action of living in the moment, often derived from natural emotion and fleeting impulses. Yet, the term ‘meticulously prepared’ means premeditated, deliberate, the result predicted. Maybe Wilde is suggesting that successful spontaneity comes from a balance of the two – a kind of equilibrium of the two opposites.

As Gao met Kadialy, pipa met kora; this idea formed the heart of this album’s creation. Creativity within construction, freedom within the form, play within performance – they can be two sides of the same coin. To encourage spontaneity, we are advised to work outside our comfort zones and challenge ourselves with the unknown. For Gao, a connoisseur of collaboration (having previously delved into genres such as gospel, Afro-American jazz, bluegrass, klezmer, pop and many more), the one instrument she hadn’t yet had the delight to work with was the kora.

“I remember in one of my interviews, a reporter asked me which instrument I had not yet played with. I immediately said the kora. I have always been fascinated with the instrument; I wanted to learn about it, hear it in person; I was curious how it would sound alongside my pipa.”

And so, inspiration was sparked and an idea formed, yet the sketchpad lay dauntingly blank. Where to begin? She knew she would need someone brave, someone who would be willing to throw caution to the wind to have fun and see what would happen when these two disparate instruments came together. Kadialy Kouyate, the Senegalese kora virtuoso and heir to the Kouyate griot tradition, was keen to explore different musical cultures. And so, they were in touch – over a Zoom call – Gao in the United States and Kadialy in the UK.

“From that first online encounter, there was a mutual feeling that our two instruments would work together”, says Kadialy. “So, we began planning how to put an album together in a spontaneous, improvised, and yet, composed way. The process was quite simple. We agreed that I would lead half the songs and Gao would lead the other half. For my part, I came up with ideas based on my musical backbone, and from that, I allowed space for Gao to contribute in her way.”

This relaxed style of composing sketched out the creative process for each track. They took turns per piece to create the musical backbone, ‘preparing the art’ so to speak while leaving space for the other to join in when it ‘felt right intuitively’. This created an unspoken two-way conversation between friends and cultures, each side complementing the other and completing it.

But as Wilde may suggest, spontaneous ease does not necessarily come without some pre-ordained effort, understanding, and preparation. As with many new relationships, Gao and Kadialy had to learn how to work with each other first, as Gao explains… “In the studio, we realised that there were more challenges than either of us had anticipated. When I have played with other instruments or artists, most are melodic, even though our scales are different. But with African music, so much of it is rhythm.”

This ‘getting to know each other’ stage is expressed in the first track, Kora Meets Pipa. We hear the two instruments converse, trying to understand each other’s language through the expression of the strings.

They are then able to exchange cultural stories, traditions and musical styles. Gao with Sun Rising an improvisation based on a brisk, lively folk melody from southern China, describing the love for life and cheerful optimism the southern people embrace. Kadialy exchanges this welcoming gift with Fulani Blues…
“It is quite often said that blues originated from West African griot music, and Ali Farka Toure, one of the greatest West African musicians, is from the Fulani tribe. The music of the Fulani people, mostly pentatonic, is widely known in Kolda – a Fulani region in south Senegal where I grew up. Chinese music has a lot of similarities with the pentatonic scale, and playing with Gao has brought back a lot of musical memories from my childhood.”

In the studio, Gao agreed with Kadialy’s insightful suggestion to “just feel the music and let that lead the way”, and proposed they play a freestyle improvisation – Between Stars. Gao and Kadialy created this piece without any prior discussion and used their hearts to connect with each other’s music, “as though we were stars aligning perfectly in the sky, filling hearts with wonderment and inspiration”, says Gao.

They then decided to play a solo piece each to showcase the different qualities of the kora and pipa alone. Gao’s was My Musical Journey, a composition marking her 50th year of pipa playing. She explains, “I wanted to express my feelings brought on by the many different paths I have taken in my musical journey. Looking back, my career has been filled with hard work and struggles but also joy and happiness.” Kadialy responds with his solo, Luck (Harjeh), a word used in Senegal, or sub-Saharan West Africa, when praying for good things for others.

House of Friendship is a song about companionship, where people listen to each other and express themselves honestly. This is how friendship should be, encapsulating the relationship Gao and Kadialy have formed since the creation of this project.

This album’s colourful palette shows what can be achieved when we master a state of equilibrium – a harmonious balance of seemingly opposing yet complementary forces: ‘spontaneity’ and the ‘meticulously prepared’; China and Senegal; pipa and kora… It shines a light on the new possibilities that can arise when people from all cultures open their hearts and minds to one another when they abandon inhibitions and explore. As Gao concludes, “our music will not just be Chinese or Senegalese; it will be a new form of world music that melds styles and sensibilities from two continents.”

Gao Hong (www.chinesepipa.com)
As Gao mentioned, her life has “been filled with hard work and struggles but also joy and happiness.” Gao’s father was a government official and landowner who had been blacklisted and sent to a rural area to learn from the peasants. Gao’s mother held the family together as a music teacher. To help the strain on the family budget, at just 12 years old, Gao left her family in the ancient Chinese capital of Luoyang and moved 400 miles away to Heibei Province to begin her musical career with the provincial song and dance troupe. This was hard for a girl of such a young age, but she knew it was an opportunity for her amidst the chaos created by the Cultural Revolution.

Once settled in her new surroundings, Gao found herself squeezing in extra hours of pipa practice in the furnace room in the early hours of the morning so as not to wake her colleagues. After a while, she gained the nickname “little black kitten”, as when she smiled, the flecks of coal soot would form tiny wrinkles around her eyes, giving her a cat-like appearance.

Aged 22, Gao went on to become a student at China’s premier music school, the Central Conservatory of Music in Beijing, where she studied with pipa master Lin Shicheng and later graduated. Since moving to the United States, she has performed at the Lincoln Center Festival, Carnegie Hall, the San Francisco Jazz Festival, Smithsonian, and at festivals in Paris, Caen, Milan and Perth. She has presented concertos for the pipa with the Minnesota Orchestra, Saint Paul Chamber Orchestra, and the China National Traditional Orchestra, among others. In 2017, she became the first Chinese musician to play the National Anthem at an NBA basketball game whilst playing pipa for the Minnesota Timberwolves in Minneapolis.

Gao has since received numerous top awards and honours in China and U.S. In 2005, Gao became the first traditional musician to be awarded the prestigious Bush Artist Fellowship. As a 2018 Sally Award winner, she was honoured at the Ordway Center for her commitment to the arts. In 2019, she became the only musician in any genre to win five McKnight Artist Fellowships for Performing Musicians. She is also the author of the first pipa method book written in English and published and distributed worldwide by Hal Leonard.

In 2022, Mayor Melvin Carter of St. Paul proclaimed April 3rd, 2022, to be “Gao Hong Day in the City of St. Paul” in honour of Gao ’s milestone concert at the Ordway Center for the Performing Arts – “50 Years of Making Music with Friends”. This concert was featured on America’s most popular classical music radio program – American Public Media’s ‘Performance Today’®, hosted by Fred Child.

Gao is now a Board member of the American Composers Forum and Minnesota Citizens for the Arts, a Recording Academy Voting Member for the Grammys, and an Advisor to the Board for the Recording Academy’s Chicago Chapter. She also teaches at Carleton College, is the Director of the Chinese Music Ensemble and is a Guest Professor at the Central Conservatory of Music, China. “For over 50 years. Gao Hong’s music has inspired and moved countless numbers of people around the globe. As one of the premiere pipa players in the world, Gao Hong’s illustrative career is filled with accomplishments as a musician, composer and educator.” – Amy Klobuchar, United States Senator

Kadialy Kouyate (www.kouyatekadialy.com)
Kadialy’s captivating kora skills originate from his long family history of Kouyate griots. Born in southern Senegal into a vibrant Mandinka culture, he instinctively picked up the traditional griot repertoire. Embracing the art of traditional storytelling via the 21-stringed kora, he soon became known as an acclaimed musician, singer and songwriter. Today, he draws on his past heritage for inspiration while creating his own hypnotic and uplifting compositions.
Wanting to pass the tradition on to new generations, he began teaching the kora at Dakar University and at the West African Research Centre in Senegal. He continued this passion when he moved to London, teaching at SOAS University of London, where he still tutors today.

Since he arrived in the UK, he has enriched the London musical scene with his griot legacy by getting involved in countless musical projects. Such collaborations include working with Mumford & Sons and Baaba Maal, the multicultural fusion group Rafiki Jazz, Brazilian percussionist Adriano Adewale and Venezuelan harpist Leonard Jacome.

Kadialy has performed at many prestigious venues, such as The Royal Festival Hall, Queen Elizabeth Hall, The Royal Albert Hall and the O2 Arena. He has also played festivals worldwide while touring Europe, Canada, Australia and North and South America.

He has been featured on various TV and radio shows such as BBC Radio 3’s World Routes, Charlie Gillett’s World of Music and BBC World Service. He has released several albums, with ‘Nemo’ receiving glowing reviews across the UK. ‘Nemo’ also appeared in a Songlines Top of The World article in their July 2020 issue. 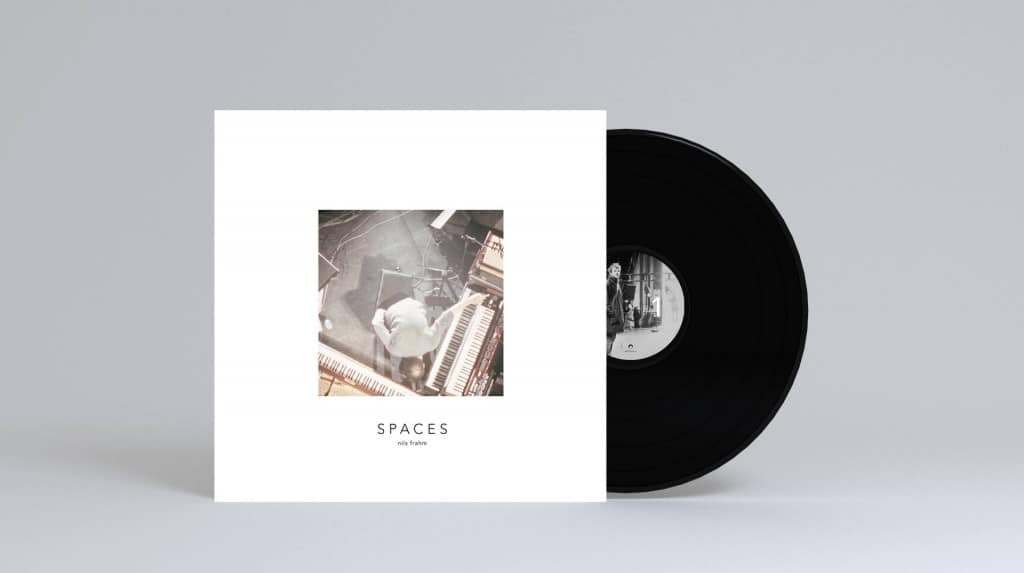 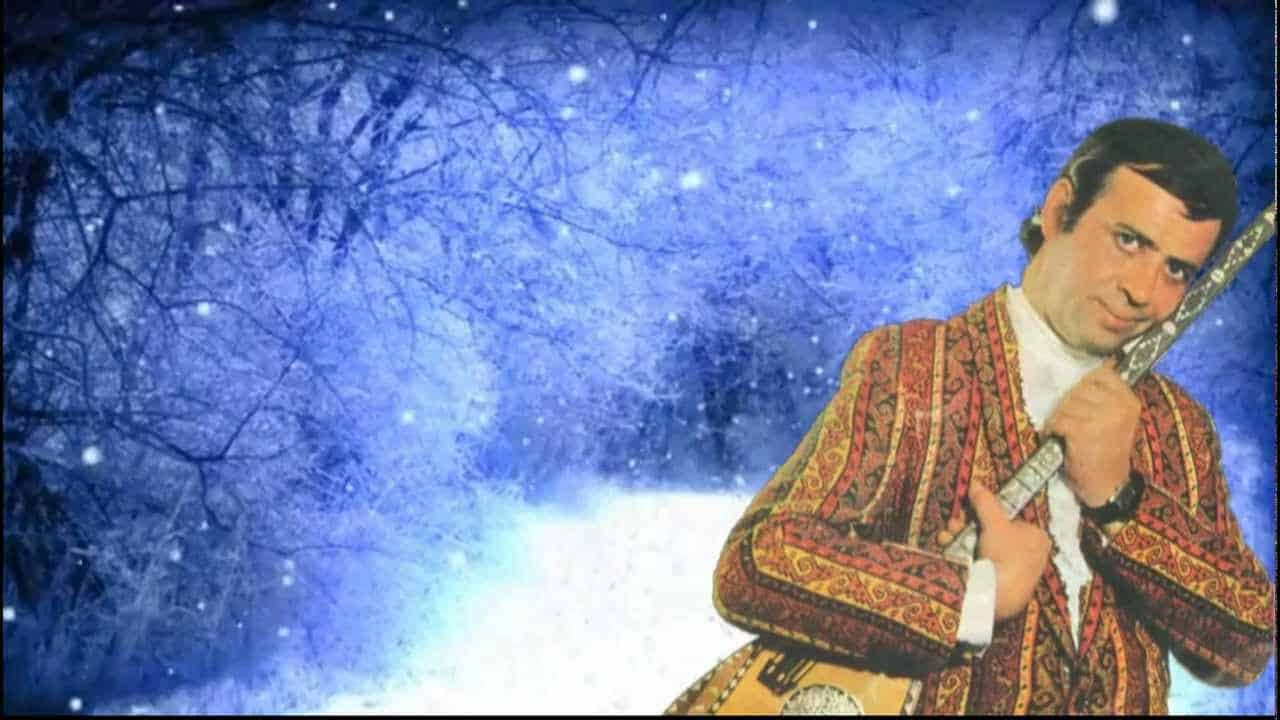 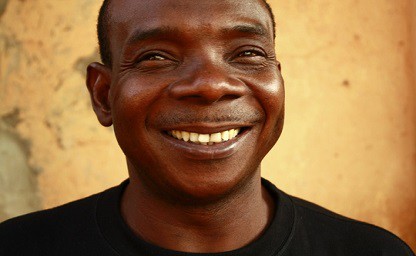