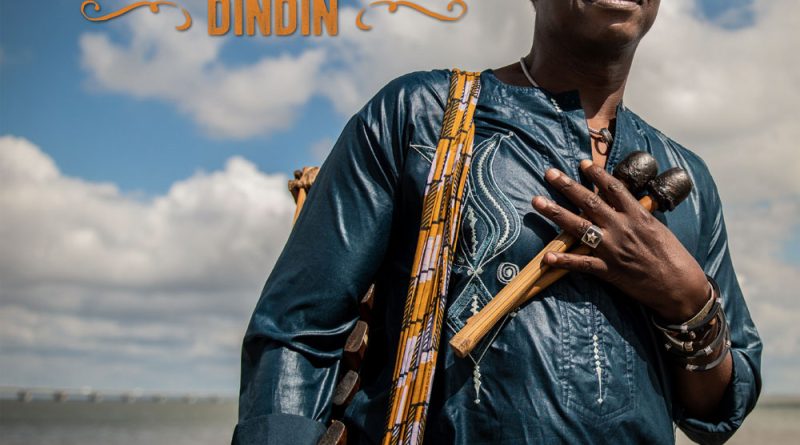 Kimi Djabaté was raised in Tabato, Guinea-Bissau, a village known for its griots, hereditary singer-poets whose songs of praise and tales of history and legends play an essential role in Africa’s musical life. Centuries ago, Djabaté’s ancestors, a wandering troupe of musicians from Mali, travelled to the region. The king of Guinea so loved their songs he invited them to stay and offered them the territory of Tabato. Ever since, the area has been a recognized centre for music, dance,
handicrafts and other creative arts.

Djabaté was born into an impoverished but musically accomplished family in Tabato on January 20, 1975. His parents gave him his first balafón when he was three years old to keep him entertained while his mother cooked and did housework. Soon recognized as a prodigy, Djabaté began playing at weddings and baptisms at eight and was sent to a nearby village to study the kora a few years later. His early introduction to various traditional instruments laid the foundation for his later mastery of the guitar and skill with various percussion instruments. Djabaté’s talents proved both a gift and a burden, as his family often forced him to sing and dance against his will, and he had little time to partake in the carefree fun and games of other children his age.

In 1994, when he was just nineteen, Djabaté joined the national music and dance ensemble of Guinea-Bissau on their tour of Europe. Following the tour, Djabaté decided not to return to Africa. Instead, he settled in Lisbon, Portugal, where he forged connections in the local music scene and further developed his unique, personal sound. Throughout his years in Europe, Djabaté collaborated with many other exceptional musicians, including Mory Kanté, Waldemar Bastos and Netos de Gumbé, among others.

Djabaté’s parents and uncles provided the young phenom with excellent training in traditional Mandingo music. Still, Djabaté was also interested in popular African genres such as the local dance music style gumbé, Nigerian Afrobeat and Cape Verdean morna, not to mention western jazz and blues. In 2005, Djabaté independently released his first solo album, Teriké, followed by Karam in 2009, released by Cumbancha and met with resounding praise. His third album, Kanamalu, came out in 2016. Djabaté’s albums pay tribute to his griot heritage and the spirit of Africa, laying a foundation for his latest musical masterpiece, Dindin, scheduled for release by Cumbancha on February 24, 2023.

Recently, Djabaté has worked with the pop star Madonna, who moved to Lisbon in 2017 and became entranced with the vibrant Afro-Portuguese music scene. She credits Djabaté with introducing her to the distinctive sound of gumbé music, which she then became committed to sharing with her millions of fans. In 2019, Djabaté was a featured singer on her song “Ciao Bella,” and continues to strengthen his friendship with Madonna through their mutual love of African
rhythms.

The central themes of Djabaté’s music are the joys and challenges of life in Africa, from freedom and poverty to the rights of women and children and the many forms of love. Continuously optimistic about the power of music and its message to create a better future for Africans, Djabaté’s magical songs remain uplifting and hopeful even as they reflect on contemporary struggles and challenges. An expression of his griot roots, Djabaté pays tribute to the people, soul and spirit of Africa at the heart of his music.

For the gifted guitarist, percussionist and balafón (African xylophone) player Kimi Djabaté, music is not just his passion; it is part of his genealogy. Born in Tabato, Guinea-Bissau, in 1975, Djabaté was raised by a family of griots. These West African troubadours wandered from village to village, preserving ancient oral traditions and passing down essential cultural knowledge through song. In Djabaté’s exceptional new album Dindin, the multitalented musician carries on the customs of his griot heritage, singing entrancingly about the complexity of life in modern Africa for a broad, international audience.

Meaning “children” in Mandinga, Dindin meditates on Africa’s social and political situation, treating complex themes such as religion, women’s rights, poverty and education with sensitivity and nuance. Continuously optimistic about the power of music and its message to create a better future for Africans, Djabaté’s magical songs remain uplifting and hopeful even as they reflect on contemporary struggles and challenges. “The future is something that I construct with the
present,” says Djabaté, and this is precisely what he accomplishes with his insightful lyrics and moving melodies. Djabaté is always seeking alternative ways of incorporating the sounds of his griot heritage with new musical styles. Blending traditional Afro-Portuguese rhythms with Afrobeat grooves, electric desert blues and hints of Cuban swing,

Djabaté weaves a unique tapestry of smooth and intricate sounds. The gentle notes of Djabaté’s masterful balafón playing mix beautifully with the acoustic guitar, bass, accordion, and keyboard played by Paulo Borges. Dindin will quickly become a new favourite album for fans of Habib Koité, Toumani Diabaté, Cesaria Evora, Sara Tavares and others. The sounds of Djabaté’s childhood––from traditional Mandingo music and the West African dance music style gumbé, Cape Verdean morna and Nigerian Afrobeat to western jazz and blues––echo throughout his latest album, drawing connections between his past and the present moment. Djabaté fondly remembers impatiently waiting by the radio on Wednesday evenings to listen to the only program that featured music from outside Guinea-Bissau so he could expand his inspirations and repertoire.

However, music was not a hobby for Djabaté, but the family occupation to which he was required to contribute from a young age. His parents gave him his first balafón when he was three years old to keep him entertained while his mother cooked and did housework. Soon recognized as a prodigy, Djabaté began playing at weddings and baptisms at eight and was sent to a nearby village to study the kora a few years later. His early introduction to various traditional instruments laid the foundation for his later mastery of the guitar and skill with various percussion instruments. Djabaté’s talents proved both a gift and a burden, as his family often forced him to sing and dance against his will, and he had little time to partake in the carefree fun and games of other children his age. In addition, Djabaté faced financial challenges, struggling even to afford food. This is a theme he returns to on his new album’s title track, “Dindin,” on which he sings “Don’t exploit children / Help children become better human beings / Don’t exploit children / Educate them.” In the music video for the song, joyful children play clapping games, hopscotch and jump rope, and hold signs saying “I want to be safe from war, from violence” and “I want to play.” As the lyrics reflect, adults can break the cycle of harm by encouraging children to grow up to become better human beings. Although Djabaté speaks with the pain of personal experience, Dindin is not a mournful song; instead, it carries hope that his message will be heard.

This commitment to justice is a primary theme of the entire album, particularly the song Omanhe, which directly translates to “something bad,” reflecting Kimi’s feelings towards the tradition of forced marriage. Djabaté vividly recalls his first exposure to a forced marriage when he was a young musician and asked his mother why the bride was crying. When his mother admonished him for asking questions instead of playing music, Djabaté realized his lyrics had more power than his spoken words. In this pivotal moment, he resolved to harness music’s potential to inspire change. He acts on this mission in Dindin, spreading the message about Africa’s social and political conditions, singing, as he puts it, “with an insider’s voice.”

The album opens with the funky grooves of “Afonhe,” a song about some people’s difficulties with being honest. “Nowadays, people have some trouble with telling the truth, to have clarity in their communication,” explains Djabaté. “Because love also means trusting the other. If there is no truth, things will get complicated later.” Backed by interlocking balafon and guitar lines and a soulful accordion riff, “Yensoro” is a song about giving a relationship
a chance to grow before calling it off. “We had a chance / To be happy / But you didn’t wait / You had me in your hands / I
had you in mine / But you didn’t wait.”

With its striking electric rock guitar riffs, “Alidonke” is one of the album’s highlights. With hints of Tuareg desert blues and a driving, irresistible beat, Kimi sings joyfully of love. “Smile at me / My love / Speak to me / Give me your hand / It’s you that I want / The love of my life arrived / My friend has arrived.” This voice, the voice of a native African raised in the griot culture, continues their musical traditions, such as composing tribute songs to the most influential people in your life. “Ná,” meaning “mother,” is a languid and soulful tune dedicated and addressed to Kimi’s late mother. Despite its melancholy subject, the song assures her not to cry since the world is a complicated place where happiness and pain are always intertwined. Dindin is both highly personal, featuring intimate songs dedicated to family and friends, and undeniably universal in its themes of love, communication, and human connection. As Djabaté reflects and accomplishes in this remarkable album, “I’m always trying to find other ways that allow me to travel with music. Music has no boundaries.” 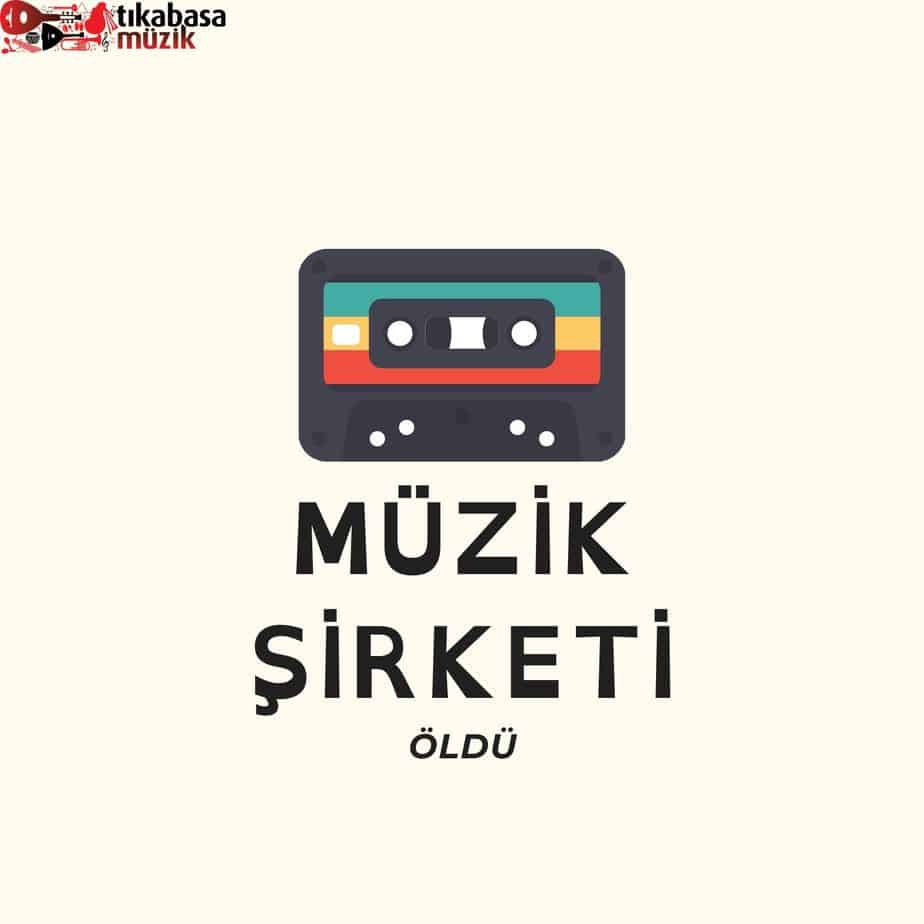 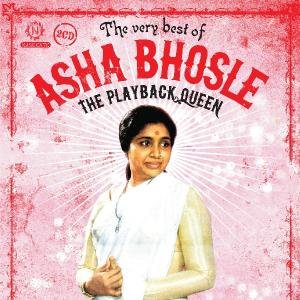 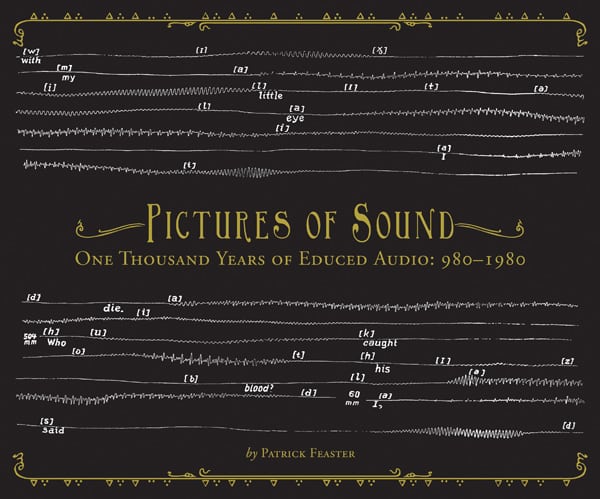