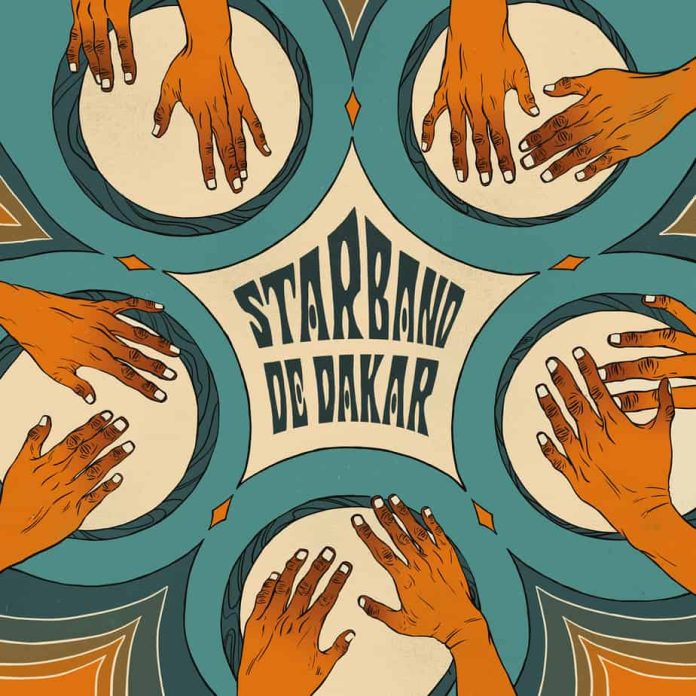 “I Insist,” Léopold Sédar Senghor, Senegal’s first president said in a speech, “that the poem is perfect only when it becomes a song: words and music at once.” A poet himself, Senghor’s vision of the world taking shape after European rule in the 1960s was rooted in the collective Francophone Black thinking that formed Négritude: “the simple recognition of being Black,” Senghor’s intellectual ally,

Martinican poet Aimé Césaire, explained, “and the acceptance of that fact, of our dark destiny, of our history and of our culture.”

Negritude rejected Europe and sought to forge a binding identity for Africans and their descendants worldwide. Negritude, Senghor must have realized, was merely a poem. He needed, at once, words and music — the great cleanser, a healing balm for broken histories.

Even with limited resources at his newly independent Senegal’s disposable, Senghor channeled nearly 25 percent of his country’s money towards culture, elevating the wealth of raw Senegalese expression over a long imposed Francophilia.

“The first festival in 1966 in Dakar, Senegal,” Kwame Kwei-Armah, the artistic director of the festival’s third edition in 2010 told The New York Times “was to make a statement about the newly independent African states.”

In 1966, Negritude’s poem became song in a masterfully organized showcase of Black unity. Thousands of the finest ambassadors of Black culture and thought gathered at the very first Festival Mondial Des Arts Negres (World Festival of Black Arts) in Dakar.

The festival revealed an emerging Pan-African culture that would bind the newly liberated African homeland to Black people in the diaspora. Senghor proclaimed Dakar, already the cosmopolitan capital of French West Africa, as the capital of Black civilization, immediately opening Senegalese imaginations to transatlantic ideas.

The festival’s crowd, not always aligned in opinion but deeply intertwined by the currents of Black Atlantic history, was regal: Harlem Renaissance writers, jazz greats like Duke Ellington, Afro-Caribbean political theorists, Brazilian musicians, African heads of state like Haile Selassie, members of the Black Power Movement in the United States, and fittingly, a large delegation from Cuba.

A few months prior to the World Festival of Black Arts, Havana hosted an even larger gathering of all colonized countries from Asia, Africa,  and Latin America. For a wounded Africa emerging from a plunderous era, Cuban society offered a seductive vision of how a more just world could be ordered. Africans admired Cuba’s dismantling of the apartheid shackles that were part of everyday life — Afro-Cubans were barred from entering most live music venues before the revolution — on both sides of the Atlantic and Cuba’s unrepentant celebration of a distinctly African past.

“We come here with a sense of the great debt that is owed to the  people of Cuba,” Nelson Mandela said during a visit to Havana in 1991. “What other country can point to a record of greater selflessness than

Cuba has displayed in its relations to Africa?” Cuba dispatched doctors, engineers, and teachers by the thousands across Africa, and educated nearly 30,000 African students on fully paid Cuban government scholarships.

That’s because the Cuba-Africa bond is conjoined by blood. The Caribbean as a whole was a prison to more African slaves than the United States, and the Cuban island received a greater diversity of African peoples than North America, with origins across the various bights and coasts along West Africa, including Senegambia, and even Mozambique. “We should tell the Yankees…,”

Fidel Castro proclaimed in a 1975 speech, “we are not only a Latin American country we are also an Afro-Latin country… the blood of  Africa  runs  abundantly  through our veins.” A small, estranged Afro-Latin country that extended its hand by ending a “long-standing tendency within the Spanish Caribbean

to ignore the region’s African heritage in favor of a more Iberocentric identity” endeared hearts and minds not only from Dakar to Dar-Es- Salaam, but as far as Indonesia, the hub of Asia’s most prolific Cuban- inspired music scene in the ‘60s.

For Senegal, Cuba offered a model of the future, a potentially volatile experiment that could achieve the ultimate goal — dignity — and radically change the notion of another — modernity. “The Senegalese embraced Cuban music,” wrote Richard Shain

in Roots in Reverse: Cubanismo in 20th Century Senegalese Music, “because they saw it as a path to modernity.” For Dakar’s youth, with access to a slew of new nightclubs in the 1950s, “dancing to Cuban music… was a crucial step toward enacting an alternative modernity to the Europeanized models so prevalent in postwar Senegal.”

The Afro-Cuban ideal did not resonate entirely in a city as segregated as Dakar, with clear boundaries between the well-lit French quarters and the Medina — “quartiers indigènes” or native quarters

Cuba’s vision was the Medina’s vision, and Cuban music connected the maligned Medina to a world outside of French hegemony. “When ‘modern’ Cuban music entered Senegal in the 1930s,” Shain wrote, “it was not a totally strange phenomenon to many urban Senegalese. Echoes of Cuban music had already been reverberating along the West African coast for several centuries,” through not only slave trade networks but even the routes of Afro-Caribbean and Senegalese sailors. Cuban son, guajira, pachanga, descarga, changüí, rumba and especially salsa all trace their rhythmic prowess to a melange of traditions ranging from Mauritania to Mozambique. In the Medina, in this time of rich, revolutionary thought, Star Band de Dakar was born in the 1960s. The band was the absolute perfect poem, replete with the finest Afro-Cuban words and music.

In December of 2018, Dakar unveiled the Museum of Black Civilizations, the realization of Senghor’s dream that began at the World Festival of Black Arts in 1966. The disc-shaped an ode to Great Zimbabwe’s medieval architecture and houses the high cultural achievements of Black culture throughout the world, giving equal weight to the contributions of the United States, South America, and, of course, Cuba. This album is the soundtrack to a time when another way — the Cuban way — was possible.